Sales Call Reluctance is the emotional hesitation to prospect and self-promote.  It is a fear that salespeople experience when it is time to proactively initiate contact with potential buyers.  Fear is a mental response to a perceived threat.

An average salesperson needs to have at least 10-12 appointments a week in order to achieve their goals.  Prospecting is paramount to their success.  It is not an intellectual exercise to prospect.  It is an emotional exercise.  The majority of salespeople suffer from Sales Call Reluctance from time-to-time or every day.

The solution to Sales Call Reluctance is Thought Realignment.  Meaning that a salesperson must embody (with every fiber of their body) a mindset that drives their prospecting behavior that drives their results.

Profitable Prospecting Mindset is a reconciliation within a salesperson that prospecting is a fundamental core competency for successful selling.  They have no resistance toward the activity.  They prioritize prospecting.  They understand the value of their product/service. They understand the impact their product/service has on their prospect’s business or family.  They have a personal vision that is greater than any discomfort. Their vision magnetizes them through the ups and downs of prospecting.  They are emotionally resilient.  They are 100% present and want to succeed, however, they emotionally detach from the outcome.  They do not agonize over what they cannot control.  Salespeople cannot control their prospect’s reactions or responses.  They can only control how many people they initiate contact with on a daily basis.

Without a strong emotional connection to the why behind what we are doing, very rarely will we persist through Sales Call Reluctance.  Creating a vision that magnetizes salespeople beyond their fear is key to profitable prospecting.  We must have something that is stronger to which we can anchor our attention.

Without an effective plan that clarifies and focuses on high-valued activities, roller coaster activity is scarey for the bank account and disheartening to our spouses and families.

Without process control that consists of a set of tools and events that aligns our daily actions with the critical actions in our plan, there is no assurance of consistent money-making activities.

We cannot manage what we do not measure.  Whatever we measure improves.  All star performers measure everything because it is the anchor to reality.  Are you courageous enough to measure your high-valued activities?

Everything happens in the context of time.  Do you have the self-control and self-discipline to make wise decisions on how you spend your time?  Time-management is self-management.

If you want to truly get a strategy and structure in place for Profitable Prospecting in 2017, check out https://www.exceptionalsales.com/12-week-year/ that will ensure and guarantee your success!

Way back in 2001 when the Arizona Diamondbacks won the World Series, Pitcher Curt Schilling shared one very important mindset that he attributed to his success.

Prior to his big wins, he admitted to pitching, one inning at a time. He had talent, but was not that successful.  After retaining a performance psychologist, he started focusing on “one pitch at a time.”  That’s it!

For salespeople instead of making 25 prospecting calls a day, what about making one call — 25 times a day?

According to NY Times bestseller, 12 Week Year:  “Greatness is not achieved when a great result is reached, but long before that, when an individual makes the choice to do what is necessary to become great.  Results are not the attainment of greatness, but simply confirmation of it.”

Most high achievers have a morning routine that sets them up for a focused, productive day. However, not too many have an end-of-the day routine that puts the bow on the present!

The value of the end-of-the day review is two fold.

1) Recommend you write down three things that worked. Allow yourself to acknowledge and appreciate your progress. Feel the feeling of achievement. Most people need a grand slam achievement to ever give themselves a pat on the back.

2) Choose one thing (event, interaction, something you said) that you would have liked to have been different. For example, when you were talking to a prospect and you didn’t ask that one critical question; you messed up and were late for an appointment; or you blurted out a bit of gossip that you knew was not appropriate.

It’s okay. Very few of us have mastered the game. We all make mistakes.

Now, sit still, breathe, close your eyes and re-enact (visualize) how you have liked the event or interaction to have gone. Visualize yourself asking the prospect that critical question at the appropriate time. Visualize yourself calmly driving to the appointment with a few minutes to spare. Re-enact and experience not gossiping in the particular situation.

What does this do? It actually re-wires your brain and neutralizes the negative. The best part is that next time when you are in that situation you will likely ask that critical question at the appropriate time or you’ll allow yourself plenty of time to get to the appointment and you will bite your tongue and not gossip because you know it is causes others to not trust you. 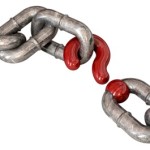 Most salespeople agree that goal setting is vital to their careers.

They set the goal.  Design their strategy, structure and they execute.

The missing link is that they do not sit down and define what skills they need to develop in order to achieve the goal.

What skills do they need to develop in order to achieve their goal?

Skill to research and identify stores within their demographic area.

Skill to develop a laser focused value proposition that answers the seven (7) questions that the prospect wants answers to quickly.

Skill to engage the prospect in a qualifying conversation.

Skill to get the prospect engaged in sharing their desired situation, their obstacles and limitations.

Skill to anticipate the potential concerns, objections and questions of the prospect.

Skill to demo the technology via a web-based platform.

Please stop right now and make a list of the skills you need to develop in order to achieve your goals.

Choose the top one.  Find the resource that will assist you.  It doesn’t need to be hard and complicated.  Resources are plentiful.

Connie  Kadansky, a professional certified coach, walks her talk.  She prospects daily and consistently and knows how to help her clients become masters at prospecting and selling. 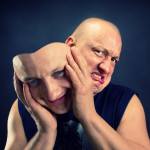 A hypocrite is someone who pretends to have virtues that he/she does not actually possess.  A person whose actions belie stated beliefs.

The hypocrisy is completely overwhelming!

How can you expect your sales team to be successful if you are a hypocrite and hide behind voicemail and do not take calls from salespeople?

You know that Role Rejection Call Reluctance is live and well if you get irritated at salespeople who attempt to engage you.  If you are annoyed by salespeople who prospect you, obviously your prospects will be irritated by you if you call . . . so you do not make prospecting calls.  Who wants to be annoying?

Yes, I know, some underdeveloped salespeople do a poor job at prospecting.  So what!  They are learning and guess what?  You have blown a few calls too; correct?

I challenge you to take a call from a salesperson today.  I do, every single day, and as a result, last week I learned about a service that could potentially solve one of my client’s biggest issue.  We are still in discovery, however, there is potential.  If I would have hid behind caller I.D., I would never have learned about this service.

Recently, I got a call from a salesperson who was thoroughly engaged and knew exactly what my business was and how their service could help me.  I agreed to a webinar with a salesperson.  A week later during the webinar, I found out that it was the CEO who was facilitating the webinar.  He said that he likes to do the sales presentations once in a while to get a feel for the market, their presentation and their prospects.  I was thoroughly impressed.  I did not “buy,” however, I have referred to his company on more than one occasion.   The CEO has 50+ employees, so I’m sure he’s busy too making high-level decisions.

Michael D Goodman, an experienced sales consultant says, that “salespeople are the front line soldiers in this war for a better economy and the CEOs and Sr. Executives are the Generals.  If the Generals won’t talk to salespeople who call them from time to time, then they are really telling their own salespeople how little they think of the sales role.”

Are you willing to step up and accept this easy challenge?  Start doing this and start noticing how your prospects become more open to your calls!

There comes a time when it’s time to “stop” making up stories that make you miserable.

The first step to overcoming Sales Call Reluctance is to realize that it is not prospecting that is causing your anxiety.  It’s your “thought” about prospecting.

When you are dilly-dallying and postponing your prospecting, STOP, and say to yourself:  “I’m willing to be willing to get clarity on what is at the core of my Call Reluctance.”

Try it!  Willing to be Willing.  Amazing things can happen.

Fear is a mental response to a perceived threat.

At the core of Sales Call Reluctance are four (4) blocks:

Inner critic that sits on your shoulder and whispers doubts in your ear.

When you are reaching for the phone and you stop, immediately write down what is causing you to stop.  Capture it on paper.  Once you do this you can eliminate on the energy blocks by exposing them.  Gently.  That is the key.  Be gentle as you expose your fears.

Once you write down what it causing you to stop.  What is the theme?  Can you identify it?

That is the first step.  Stay tuned for the next step tomorrow.

A beautiful smile is profoundly effective in connecting with prospects.  It also boosts our self-confidence.

Phoenix dentist Dr. John Dougherty wrote an article that really caught my attention.  He said that if we are drinking something that will stain our clothes, it will stain our teeth (unless you are wearing a brown shirt!).  He highly recommends using a straw to minimize staining our teeth.

How impeccable are you with your grooming?

We are all a work in progress.  We have made knucklehead mistakes with prospects in the past.  However, regretting past mistakes is like attempting to put toothpaste back into the tube.  It’s impossible.   What are you learning on a daily basis that is making you better tomorrow?  I highly encourage my clients to make a list of the common “objections” and script out their responses.  Role play the responses, tweak them and work on delivery.  Mastery is practicing over and over.  The words are important and the tone in which they are delivered is even more important.  Can you say what every day in every way you are getting better and better and better?